5 Fun Things To Do When Travelling With Your Partner 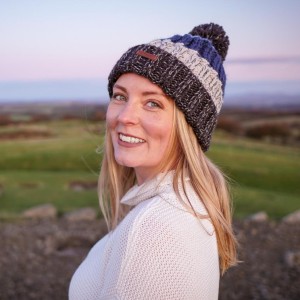 So you’ve booked a trip with your partner. It might be your first trip or your fifteenth- but it doesn’t matter what stage of your relationship you’re in, because our tips for things to do when travelling with your partner will ensure you have an amazing time together!

1. Go on your own pub crawl

When we were in Prague for Craig’s birthday we decided to go on our own mini pub crawl. We each took turns choosing a different pub, and the other had to agree to the pub the other chose.

As a result I ended up drinking in many pubs I usually wouldn’t [Craig loves a heavy metal/rock pub] and it was a great way to experience the many different pubs all around Prague!

We have a rule that every time we travel togethe, we both pick 1-3 things we really want to do, and the other just has to suck it up and do said activity.

As a result I’ve tried a few things I wouldn’t usually do- for example we’ve played UV mini golf in Budapest which is something I never thought I’d do, and Craig gets dragged along on my birdwatching adventures around Scotland.

The benefits of this is we both get to do the things we want but we also get to try things we usually wouldn’t. It’s a great way to discover something new, and hey- you might discover a new passion.

3. Refuse to use any public transport for a day

This works really well if you’re staying in a city. Rather than catching a bus or train to some of the local attractions, why not walk there instead?

We have discovered some really cool bars, restaurants, shops and monuments just by choosing to walk verses taking a bus. It’s also great exercise, and you’ll see more of the local side of a city this way.

This super fun card game [made in New Zealand] can be played while travelling or at home, in the car or on foot.

Getting Lost is a unique game that takes you on an adventure by chance. It’s a fun way to explore a new city and explore hidden gems you otherwise wouldn’t have discovered.

To play, you shuffle the pack, and then pull a card. Follow the instructions on the card [for example, it may say something like ”flip a coin- heads = go east, tails = go west] and then once you’ve followed the command, draw another card and follow the next set of instructions, and so on. Keep going until you get the ”head for home” card [or start a new round!]

There are plenty of interesting instructions, including ‘follow a blue car’, ‘sing and dance for the whole of the next song’ and ‘take the first letter of the name of the youngest person, and go to the closest suburb or town starting with that letter.’ The game is also made from biodegradable plant-based plastic!

It’s a really fun game to play as a couple, and we will be taking this game with us on all our future adventures together.

But not the traditional version [for obvious reasons!]. Do some research about your upcoming trip and take turns asking each other ”Never have I ever…tried a yoga class, gone shark diving, bungee-jumped” etc. Choose the first thing to do that your partner hasn’t done- and go out and do it!

Join us on our adventures around Scotland by signing up for our monthly newsletter.  We’ll also send you our printable couples packing list for Scotland for free!

This page may contain affiliate links. Kiwi & Haggis is a participant in the Amazon Services LLC Associates Program, an affiliate advertising program designed to provide a means to earn fees by linking to Amazon.com and affiliated sites. As an Amazon Associate, we earn from qualifying purchases.

In this episode of the Life in Scotland Podcast, we are talking about what Christmas is like in Scotland! Yvette’s giving you the rundown of

Ep. 3 | The Best Places to Visit in Scotland in Autumn

In this episode of the Life in Scotland Podcast, we chat about our favourite autumn escapes in Scotland! We talk about the reasons we love

In our second episode of the Life in Scotland Podcast, we talk all about the often weird yet wonderful Scottish words and slang. We talk

Ep. 1 | A Guide to Dating in Scotland